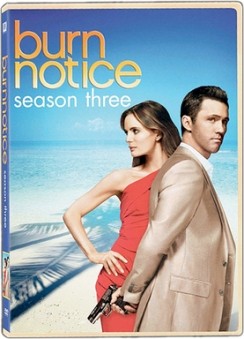 Spies are in the law-breaking business. Call it espionage, covert ops, whatever you like. When you get right down to it, you’re a criminal working for a good cause. When your job involves daily law-breaking, Chances are you’re going to find yourself on the wrong end of a manhunt at some point.

It’s hard to get used to the idea that doing the right thing can mean being public enemy number one. The good news is you’re usually too busy trying to survive to get upset. Usually, the best thing is to get away, deal with the situation, and hope people are in a forgiving mood.

Commuter parking lots are great for fugitives. You can get some sleep while your pursuers lose momentum to exhaustion and shift changes. It’s also one-stop shopping for dry clothes or a new phone.

Spies love places people tend to avoid Sewage plants, toxic dumps, condemned motels, all places you can put emergency supplies and not worry about whether they’ll be there when you need them.   END_OF_DOCUMENT_TOKEN_TO_BE_REPLACED

Spy Tips on Fighting Two on One, Modifying Passport, and more

If someone calls a meeting in a deserted location, they want control. They can tell if you’re alone, and if you try anything, it’s easy to take you out with a sniper. So, if someone wants a chat in the middle of nowhere, it never hurts to bring a sniper of your own.

Fighting two against one is never ideal, but there are ways to even the odds. Jam your opponents into a corner, and they won’t have room to use both arms. It’s like fighting one person with two angry heads. It makes them easier to engage and easier to disengage.

It’s never fun being used as a diversion, but it is an effective way to get the drop on an enemy with superior numbers and firepower. Then it’s all about making a clean getaway. If you can’t do that, it never hurts to be in an armored car.   END_OF_DOCUMENT_TOKEN_TO_BE_REPLACED

When you need to locate a foreign spy office, it’s all about the food. Spies like home cooking just like everyone else. Find out who serves their regional delicacies. Tip the bartenders and delivery boys well, and they’ll usually tell you who placed the big orders on the last national holiday. If some of these orders head to an office with tight security and scowling workers with short haircuts, you’re in business.

Playing on people’s loyalties is an art, especially when those loyalties can be murky and malleable. Poke around too much and you’ll look suspicious. Sometimes your best move is just to commit. Of course, commit too hard to the wrong side, and there’s not much wiggle room. Instead of an instant ally, you’ve just made an instant enemy.   END_OF_DOCUMENT_TOKEN_TO_BE_REPLACED

It’s dangerous to say no to a spy. In a business where motives are questionable and loyalty is skin-deep, declining the wrong request can earn you a trip to the morgue.

Preserving a corpse is not a frequent job requirement for a spy. But if you must, stashing a body is a lot like storing high explosives. Air, water, and heat are the enemy.

Sometimes, the least-Secure parts of a security system are the security cameras themselves. If leaves obstruct the lens because the landscaping hasn’t been maintained, you can approach from a blind spot. And if you get close enough, borrowing the video feed is as easy as stealing pay-per-view.   END_OF_DOCUMENT_TOKEN_TO_BE_REPLACED

It’s never fun to be the guy who clears a location for a meet. In the best case, you waste your time looking for dangers that aren’t there. In the worst case, of course, you miss something.

Even routine meetings can be risky if you’re sitting down with someone you don’t trust. You have to be alert to any subtle clue that tells you what you’re walking into.

Whether it’s a drug compound in the mountains of Colombia or a tropical estate in Miami, nothing says success like a lot of land. Of course, the more land someone has, the easier it is to hide out and do surveillance. Lush landscaping may be beautiful, but it’s hardly secure.   END_OF_DOCUMENT_TOKEN_TO_BE_REPLACED

In the intelligence community, an invitation to meet at a hotel pool is an olive branch. The person you’re meeting is offering you multiple escape routes, a crowd to mix in with, and the virtual certainty that nobody is concealing a weapon in their bathing suit.

Neighborhood watch is just a nice idea in most suburbs. But where you really see it in action is the inner city. Only there, it doesn’t protect against crime. It protects against cops. Just like cops have drug detecting dogs, some neighborhoods have cop-detecting kids. Once the alarm goes out, criminal activity shuts down like a picnic when it rains. And any fugitives run like jackrabbits.

In an army, a chain of command gets activated by unusual events Tanks amassing on a border, a hacking attack on a central computer, Assassinations of key personnel. A street gang’s chain of command is no different. Showing up in a stolen car and making a splashy entrance, will get a message sent up the ladder.   END_OF_DOCUMENT_TOKEN_TO_BE_REPLACED

Spy Tips on Getting Information, Tunnel Vision, and more

Doing your own field medicine has its advantages. No conversations with the police, the food’s better, and the relationship between patient and caregiver is very close.

Getting information out of hotels requires a delicate touch. One whiff that you’re snooping and you’ll just hear a lot of, “we can’t give out that information.” You need to get them on your side, convince them that you’re someone that needs customer service.

In the world of espionage, there are a lot of ways to introduce yourself. You can use official channels. You can use a cover I.D. You can use encrypted communication. Whatever the method, that first contact tells you a lot about a person.

The day that the cellphone call log was invented, should be celebrated as a national holiday for spies. Even a cautious cellphone user who uses dial-back systems, or switches phones often, leaves behind a lot of information you can use.   END_OF_DOCUMENT_TOKEN_TO_BE_REPLACED

Spy Tips on Bombs, Past Covers, Detachment, and more

When you work as a covert operative, there is a line between who you are and what you do. You are who you need to be for the operation. It makes you effective, keeps things simple. But when you spend some much time living as something else, sometimes the people you care about begin to wonder who you really are.

There’s a reason spies try to stay detached, when you get emotional about something, you get distracted and getting distracted can be very dangerous.

Spies need to remember every cover I.D. they’ve ever worn. Because you never know when you might need to put one back on.   END_OF_DOCUMENT_TOKEN_TO_BE_REPLACED

When you prepare for a mission, it’s the little things that count. Firepower is great, but an operation’s more likely to be saved by a fresh set of batteries than a gun.

Heists are like parties, the worst part is cleaning up. Someone has to stay behind to get rid of all the evidence. Of course, tidying up after a heist often involves methods not suitable for parties. (Blows up the building)

Anyone trained in counter-surveillance knows most field ops are between 22, when people finish training, and 55, when they retire. Which is why even wary operatives don’t usually pay attention to kids or anyone on social security.

Trojan Horse- You put a tracker on a document, you give it to someone to hide, and then follow the signal back to the hiding place.   END_OF_DOCUMENT_TOKEN_TO_BE_REPLACED

Spies aren’t much into nightclubs. In a career where hearing loss is a serious operational concern and crowds of strangers have to be constantly monitored, they just don’t seem like much fun.

Training a covert operative takes years and costs a lot of money. In theory, it’s all for the taxpayers who paid the bills. In practice, it’s worth a lot on the open market. And when something’s that valuable, there’s always someone trying to sell it.

Spies hate drop-in visits. Any questionable contact has to be reported to superiors, a process that involves hours of paperwork and uncomfortable questions. If you’re a questionable contact, that gives you some leverage. If you know where a spy operates, even a guy running a lowly import/export cover business. You can make someone’s life miserable.

If you want to stay alive, you have to be able to recognize the signs of a break-in. The most skilled operative in the world won’t last long if he walks into an ambush carrying a box of cereal.   END_OF_DOCUMENT_TOKEN_TO_BE_REPLACED