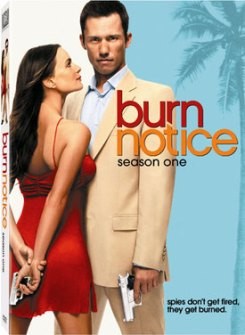 Choosing a cover ID on the fly is always a challenge. When there’s no time to think, it’s best to go with something simple that keeps your options open.

Freon is available at most computer stores. Buy a can of screen duster, turn it upside down, and you’ve got it in liquid form. It’s cold enough to crystallize the metal in many commercial locks. A hammer can take care of the rest.

One advantage of working with the same team, is that secure communication is simpler. You don’t have to work out a secret code. If you have enough history, the code is in every picture, every memento, every autographed leg cast.   END_OF_DOCUMENT_TOKEN_TO_BE_REPLACED

Double blackmail’s a classic. It’s as old as the pyramids, y’know. You pose as a fellow target of your own blackmail scheme. That way, you’ll always know what the victims are up to. Pros use it all the time.

If you want to bug a cell phone wirelessly, you’ll need a lot of specialized scanning equipment, and a computer to deal with the encryption. I prefer a hands-on approach. You just bug a duplicate phone and swap out the SIM card, so the new phone has the same number. Your target will talk all day, certain that no one could possibly be listening.

Having a gun to your head is all about timing, finding the right moment to make your move. Best to snap the trigger finger first. After that, it’s mostly downhill.   END_OF_DOCUMENT_TOKEN_TO_BE_REPLACED

A fake identity is known in the spy trade as a false flag. Used to be you could make your own documents with a printer and a laminator. These days, though, ID’s have magnetic strips, holograms and infrared watermarks. You need a pro.

In some situations, a tactical retreat is your best option. A guy with a gun is a guy with a gun. You can fight him and risk someone getting shot or wait for backup.

Spy Tips on Bureaucrats, Dealing with Kidnappers, and more

Work around spies for a while, and you learn to be careful when it looks like you’re getting what you want. That’s when you tend to let your guard down, get careless. Calling the cops on someone can teach you a lot. A foreign agent would run. So might an armed assassin. A bureaucrat’s going to… act like a bureaucrat.

Bureaucrats live for respect. East of the Balkans, that means a bribe. In the West, it’s more about showing you know they’re in charge.

About forty percent of kidnapping victims are released safely. These statistics are affected by a number of factors, including the nationality of the kidnappers, the age of the victim, and whether a hostage negotiator is employed. The odds go down sharply if no one has any money to pay the ransom.   END_OF_DOCUMENT_TOKEN_TO_BE_REPLACED

When you’re giving five inches and a hundred pounds to a well-trained opponent, it helps to know the terrain better than he does.

A good cover identity is a team effort. If you want to meet someone, it’s a good idea to play a little hard to get. Put people between yourself and the target. Make them come to you.

Clandestine meetings are never fun to arrange. It’s a big part of the job for a covert operative, but it’s never pleasant. It’s not so much the fear of death that bothers you. It’s driving to the meet with a bag over your head.   END_OF_DOCUMENT_TOKEN_TO_BE_REPLACED

For anyone who works in covert ops, names have a special power. Knowing someone’s real name, who they work for, you’ve got something on them. Out a spy in the field, and you can get him killed. Out a bureaucrat in a restaurant and you’ll just piss him off.

The longer you run from the police, the more certain you are to get caught. There’s a small window of time after a chase begins before backup arrives, before helicopters are deployed. If you want any chance of getting away, you’d best use this time to find someplace secluded and bail out.

In intelligence work, surveillance is called “coverage”. It’s like basketball. You can run zone defense or man-to-man. Man-to-man’s risky. Follow someone too long, they’re going to get suspicious. Zone is usually the way to go. Stay put and let targets come to you. Less obvious, easier on the feet…   END_OF_DOCUMENT_TOKEN_TO_BE_REPLACED

Sprinkle a mixture of flour and dayglo powder on your floor before you go out, and you’ll know whether you’ve had any visitors and what they were after.

You can tie up a lot of resources by keeping a bugged phone line open. As long as it’s open, they’re supposed to keep listening. Say a few cryptic things now and then and they’ll be stuck in their little van, trying to figure out what the hell you’re doing. They can’t go home, can’t grab a bite to eat, can’t take a leak. And the longer they’re stuck in a van with a set of headphones, the more you can find out about them.   END_OF_DOCUMENT_TOKEN_TO_BE_REPLACED

Spy Tips on Seeing Through Security, Fake C-4, and more

There’s a good reason covert operatives keep their work a secret from their families. Once your family knows what you do, you’ve got problems. Best case – they’re scared. Worst case – they figure they can get into trouble and you’ll get them out of it.

One cheap and effective security measure is working in an area with low or no traffic. Anyone is a car is too obvious, so you force any would-be followers to get out and walk.   END_OF_DOCUMENT_TOKEN_TO_BE_REPLACED

You want to blend into a new city, you better be up on local sports.

If it looks like you’re about to get into a fight that could get you killed, try starting another one.

When booby-trapping your home, it’s important to keep it simple. Make it easy to set up, easy to disable. One more thing about booby traps. Make sure your friends know not to drop by unannounced.

The key to a good knife defense is to control the knife hand and strike with everything you’ve got.

Running an operation, you can’t let personal feelings get in the way. It’s about planning and execution. Not about being angry.   END_OF_DOCUMENT_TOKEN_TO_BE_REPLACED

Any high-security function is going to have a lot of oversight, a lot of meetings, a lot of bureaucrats checking up on each other. In all the confusion of the big event, it’s easy for another bureaucrat to just… show up. The important thing is to disappear before people can ask questions. If they do decide to ask questions, you just have to hope you’re in a building with a lot of hallways, a good service basement, and plenty of exits. But in the end, sometimes making an escape is just about being willing to do what the guy chasing you won’t.

Convincing a bully to back down is usually just a matter of showing you’re not afraid of him. Of course, some bullies have guys with .357 magnums. Then you change tactics.

When faced with superior force, you can do two things. You can retreat quietly, or you can attack with as much fanfare as possible.   END_OF_DOCUMENT_TOKEN_TO_BE_REPLACED