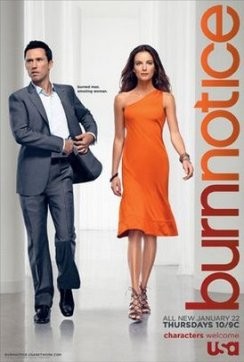 In any desperate situation, the temptation is always to act immediately. It’s understandable but unwise. No matter how bad things are, the first step is always the same, assess the threat and figure out how bad things really are.

Not all hiding places are created equal generally speaking, a good hiding place is hard to find but easy to access. On rare occasions, for the most sensitive material, you have to go a step further and find a hiding place even you can’t get to.

Road hazards are a key tool in the spy trade. Whether you’re slowing traffic for surveillance, routing cars to set up a tail, or putting yourself in place for an ambush, it all starts with a busted road. For a quick and dirty road hazard that doesn’t take too long to set up, a water line is best. Water can shut down a road without raising eyebrows. It’s just a matter of getting a charge in the right place to bust the pipe underground.

Skill will only take you so far in a car chase. The bottom line is physics. Machine versus machine. If yours comes up short in that equation, it’s just a matter of time before it’s over.

If you can’t outrun your pursuers, you have a choice to make. You have to decide if your vehicle is more useful as transportation or as a roadblock.

Whether it’s the Trojan War, the Battle of Thermopylae, or the Last Stand at the Alamo, many of the famous battles in history were sieges in which small forces took on much larger armies. Unfortunately, sieges don’t make good stories because the smaller force won. They make the history books because the little guys fought well, before they died.

Combat medicine is not necessarily about long-term healing. Civilian doctors try to immobilize injured limbs to make sure they knit properly. Field medics often have to do the opposite and make broken limbs as usable as possible. Walking on a broken, bloody leg isn’t good for you, but it’s better than taking a bullet.

Eventually, the information spies obtain usually ends up in the hands of a politician. The relationship between spies and politicians is never easy, but they need each other. By themselves, secrets are just words. Covert intelligence is only as powerful as the person who uses it.

Different explosives have different properties. Some release their energy in the blast, while others create more heat and flame than force. Bottom line? You won’t destroy a lot with propane and canned fuel, but you can put on a very big show.

To rappel down a building, you need something to slow your descent. Usually that’s an anchor point, but a counterweight is equally effective. Although it’s not much fun for whomever gets to be the counterweight.

As a spy, you are trained to deal with interrogation. You have to learn to let the disorientation, the sleep deprivation, and the brutal isolation just wash over you and try not to go insane. In the end, though, it’s not so much the questioning as the uncertainty that gets to you, not knowing what the future holds or if you have a future at all.