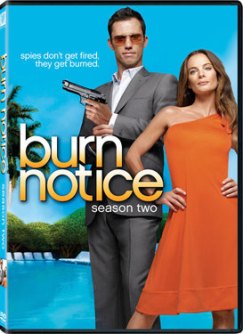 The most dangerous time in any operation is just as everything’s coming together. You never know whether you’re about to get a pat on the back or a bullet to the back of the head. Of course, there’s not much you can do but act like everything’s fine.

When you’re dealing with a trained operative, you have to assume they’re as good as you are. If you’d have cut through your restraints given a few hours alone, chances are he had the same idea.

Spies are suppose to travel light with nothing that could identify them. Some do, but most find that staying sane requires staying connected to something that reminds them why they do what they do. Pictures are particularly dangerous to carry unless the people in them are already dead.

You don’t last long as a spy if you don’t trust anyone. If you’re looking over your shoulder to see who’s coming after you, you can’t see where you’re going. Sometimes you just have to trust your gut.

If a firefight on the road, you’ve got a few options. Without something high-caliber, you’re not going to be able to penetrate the radiator or the firewall behind it. That leaves, two options: the windshield or ricocheting bullets off the ground up through the undercarriage, which is one of the least reinforced parts of the car. For sheer panic, it’s hard to beat bullets coming up from the floorboards.

When you’re outmanned and outgunned, the key is to appear bigger and stronger than you are. Take your enemy’s expectations and turn them against him. To make a good sized fireball without a lot of ordnance, you need a powder with a high surface area to mass ratio. Non-dairy creamer mixed with gunpowder works nicely.

A security perimeter is like a defensive line in football. You’ve got a couple of options. You can try to punch through the line with brute force or you can soften it up with a little misdirection.

One of the most common cover I.D.s for a spy is service personnel. Of course, anyone who works in intelligence knows to check service personnel. So a quick phone call to the gas company and you’ve created the perfect distraction.

The active ingredient in pepper spray is the chemical “capsaicin”. Mixed with some alcohol and oil, pressurize it in a paint sprayer with co2, and you have a homemade pepper grenade.

A few nails in the right places on a car door blocks the lever bar, making it impossible to open and leaving you free to do pretty much whatever you want.

In intelligence work, your most important tool, more important than any combat technique, any technical skill, is your ability to twist the facts of a situation to your own advantage. The worst the facts are, the more you’ve got to sell it.

As a spy working for a government, you’re protected. You may work solo, but you have agreements with other spy agencies. Even when you’re surrounded by your enemies, that protects you. When your entire career consists of making enemies, there’s no greater danger than being totally cut off, alone. When you find yourself out in the cold, all you can do is put your head down and try to survive.